Get fresh music recommendations delivered to your inbox every Friday.

by Drum and Bell Tower 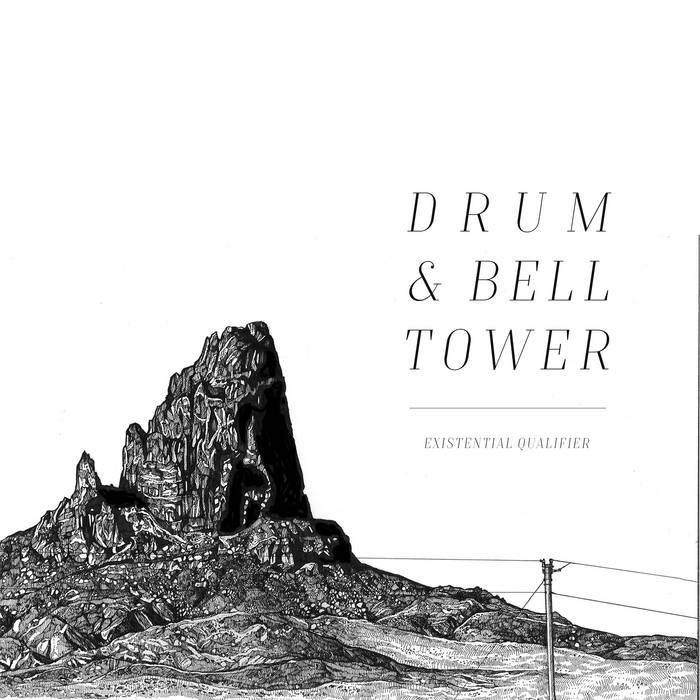 This collection of tunes that came out of a sense of urgency. With a baby on the way this spring and seeing my winter break as the “last chance” to put something down for a while, I geared up to get going on a project I’ve been meaning to do for some time—a yoga record. No joke. I’ve been wanting to thrown down a psychedelic, tasty, down tempo electronic record made intentionally for yoga practice. As it happened during the early sessions, I had absolutely nothing going…for days. I sat at my workstation and did exactly everything I could think of other than record, because no ideas were offering themselves—no platter of tasty grooves. After the seemingly obligatory period of too many days’ worth of radical self doubt and that feeling that “it’s all over”, I decided, on one wintry morning, that “I was going to record a song today”. I came home and put down “Freedom in the Way”.

In the way that my view of the state of the world goes through peaks and troughs—a sine wave—my vision was bottoming out, a creeping bleakness seemingly everywhere. The clarity with which I was beginning to see signs of the impending collapse of this particularly rapacious form of human existence was startling. Reading Scranton’s article “Learning How to Die in the Anthropocene” was clarifying and helpful. In the piece, he quotes Tsunetomo’s Hagakure, and, I’ve since been released somewhat from stress and worry by just reminding myself that it is already over…and every day from this on will offer, until the collapse, more moments of tenuous pleasure and joy—the like of which bring with them that opposite reality of suffering and sadness, but of which I happen to have landed, through some cosmic fluke, on the pampered end.

Next I began work on the Rebel Spell’s Pride and Prejudice, a song that I played at a few shows in homage to the recently deceased Todd Serious. Travis, from The Rebel Spell and who also drummed with Drum & Bell Tower on the Out of the Time tour, had prompted me to record it for an upcoming Rebel Spell compilation. I hope it makes the cut. It has, to my embarrassment, a misquote. I sing “Does your dick make you special?”, when in the RS version Todd sang “… make you better?” Realizing this weeks after the recording sessions, I debated the merits of going back and re-recording. While it may present itself as sheer laziness, I’ve got this thing—what seems to have become a principle—to just leave recordings as they are at session’s end: to never go back and open up that can of worms, starting with one thing…but likely ending up trying to fix every blemish. Maybe it’s the principle of diminishing returns. So, I mean no disrespect—I respect and fear the can of worms and, once the lid goes on, I prefer to keep it closed. I hope it stands well with the RS family.

Further to the Todd Serious theme. After penning lyrics for Welkin Wide, I was in a quandary. The song not only recounts the night Travis got the call from Todd’s partner Anna, telling of Todd’s death, but also of my initial reaction to the news. When I heard, my first thought was “…That’s okay…Todd can die. If anyone can die, it’s Todd.” This thought had no flippancy or carelessness—just a full acceptance and a recognition that the man was fully alive, and thus his end did not immediately strike me as incongruous. No doubt, that feeling didn’t last. The days that followed held none of that detachment, as the landscape began unfolding. I sent the song to Travis and Anna to get their feedback before releasing it, and though it still feels awkward to hear myself singing those words, it’s on the record because it’s real. All my respect for Todd Serious.

After a while, this recording project seemed to be turning into some kind of treatise on death, with a working title of “Songs of Death and Dying”. Loading the Die, and a few others, broke with that trend in a way that leaves me contented.

Existential Qualifier was recorded between December 27th, 2015, and Jan 3, 2016, in my ad-hoc loft studio in the home where my partner Ciel and I live (note: the ceiling there is an inch lower than my height—so this record comes at you from a triangle stance). Ciel was, pregnantly, in Bali, Indonesia for the session, so I had the run of the house. I’m happy to say I didn’t kill all of her plants. In fact only one passed on, possibly from natural causes.

Thank you for listening.

Read Learning How to Die in the Anthropocene
By ROY SCRANTON
opinionator.blogs.nytimes.com/2013/11/10/learning-how-to-die-in-the-anthropocene/?_r=0

Bandcamp Daily  your guide to the world of Bandcamp